Getting Married In Today's "Me" Community? Will Mandatory Pre-Marital Counseling Save Our Culture? By Celebrity Wedding Officiant Dr. Linda 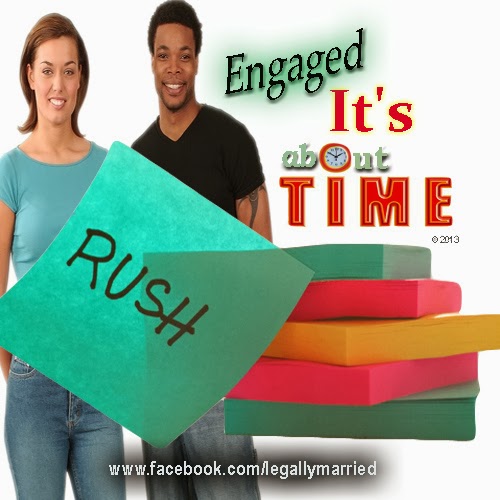 Dear Bride or Groom, if the title of the article makes you hesitant to read on, don’t worry, “Me” can be a good or bad thing.  In your impending marriage, it is your choice as to the kind of “Me” you wish to be! Pre-Marital Counseling……What about it?  Well, you might be an advocate of “Pre-Marital” counseling as it could reinforce the “green light” towards marriage. Maybe, you’re staunchly against “Pre-Marital” counseling, especially if it leads to breaking up. Besides, it is just downright plain nosey and useless!  At this article’s start, know that the government just might think they need to help you “see the light”! Let’s face it, with consequences having actions, all people make stellar or ignorant or innocent or disastrous choices. Some conclusions are foreseen, while others unforeseen.

Let’s be more specific! Do you learn from your mistakes?  Perhaps, you possess the foresight to “obey” that nagging hunch?  As it stands now, American societal norms are complicated, unpredictable or hazily decipherable at best. On the dark side, however, somewhat “twisted”! Quite possibly, there is a remnant wanting to believe the best about others, but, history has repeated itself! This can be a sad state of affairs. As it applies to “getting married”, a person the wiser might secretly hire a private detective to “check out” their intended!  And, don’t forget the “Pre-Nuptial Agreement”!  Who is this person that you are marrying anyway?  With the predominant divorce rate, cited by newscasters, at 60 percent, where do we go next?

Does The Government Really Think That It Is Helping

Realistically, at some point the marital mishaps of so many couples do affect the innocent, the unsuspecting and the unwilling others. Note, a reported divorce rate of 60 percent is no small number! Included in the sizable grouping of affected “others” are the Federal, State and Local governments.  So, yes, who you marry does become the business of others!

So what is the government doing to combat the assault? There are the governmental committees or studies on “Marriage”, special publications, even “Covenantal” marriage licenses. In Colorado, there is the suggested legislation which will mandate “Pre-Marital” counseling for all wishing to wed. No marriage license for you, until you make the effort to learn about successful marriage! Behind this, is the idea that knowledge about a thing invokes right decision making.  But, does it always?  And, could obligatory “Pre-Marital” counseling become a state to state trend?

Generally speaking, the purest proponent of “Pre-Marital” counseling firmly believes it to be an ideologically good move. It also has is practical advantages.  Some suggesting that access to this kind of expert knowledge gives a couple the powers to confirm their choice of marital partner. An informed assurance brought by learning outside subjective feelings and affections.  But, also supported by right affections too! After all, is this not the most important decision in life? Singularly powerful in its ability to bless or burden others?   Pre-empting divorce and related heartache has it evident positives. Especially in a “Marriage Friendly” counseling atmosphere, whereby a couple is free to talk about things. Beyond this, when couples hash out the “red flags” before walking the altar, this saves the courts time and money with the lessening casualties of divorce.

For the opposed, “Stay out of my business!”!  Some just prefer limited government intrusion. Other disagreements are by virtue of the principle which promotes living life on each individual’s own terms.  Then, there is the four times married news commentator hating the idea, just because she claims to already have learned from her past mistakes. Even if a couple is amenable to “Pre-Marital” counseling, they may detest state mandated sessions. Rejected is the “Good-Guy” disguise of the government, with their real intention to make money or to control! Don’t forget the resultant “Pre-Marital” cottage industry. The smell of “money in the making” can be much like “blood in the water” to the hungry shark. In this case, of course these players would be for state mandated “Pre-Marital” counseling!

Bride & Groom – The Unspoken Things A Wedding Professional May Not Say To You? – Some Thought From Dr. Linda

A horse with blinders, only views what is in the foreground.  Moved by its rider’s signaling, what the equine does not see is still there!  Wedding service providers share thoughts about their marrying couples.  Plenty have predicted what couple will or won’t make it!  A wedding vendor is without the blinders of “getting married bliss”, and can call it rightly. If emotionally fettered couples could only see what is clearly visible to these unfettered, what then?

I am a Wedding Officiator, Educator, Writer & Professor.  Admittedly, my background in human behavior is a plus when working with couples setting their sights on settling down for life. Let me share with you what I know.  Firstly, a bride’s or groom’s marriage vows shout “This will last!” or, “This is doomed from the start”!  Not just in what they say, but through what they don’t say! Not only in their completed vows wording, but during their collecting of words. Then, there is the wedding ceremony planning meeting. - If the groom accompanies the bride willingly, that is positive. If the groom and bride agree on most ceremony matters, that can be a good sign. If the groom is right in there asking for help “saying it in the best manner!” this shows interest and character.  On the wedding day, if bride or groom is drunken out-of-their mind, numbing them from the true joys of the monumental moment… then?  And so forth.

Finally, now that you know, that we know, perhaps a second or third or fourth educated and experienced hand will put you happily on to your marriage journeying? Certainly, learning about successful marriage is a smart and beneficial idea! Despite popular opinion, studies seem to indicate that living together before marriage is not the glowing determiner of one’s choice for a life-long companion.  Ask anyone on their 5th or 6th  “live – in housemate”!  Situating yourself for life, as a person of pleasant character and remaining willing to learn through love’s tough or tender fixes is something for which to aspire.  Fore go the excessive computer gaming or shopping or attending of sports rallies. Side on the “better odds”, reconfiguring the time before playing “Here Comes The Bride” to the preparation needed for “marriage blissful”!  “Pre-Marital” counseling, coupled with other taken-to-heart learning opportunities, can be wholly advantageous. Even before becoming engaged, inspire the lifelong mindset which allows the refresher learning already known to the couple celebrating their 50th wedding anniversary.  Happy Pre-Marital Counseling!

Nice post, all the ideas are really good. Keep it up,
Groom Mehndi Dresses