It’s Not Your Mother’s Marriage Ceremony ….. Or Is It? By Dr. Linda Of www.legallymarried.com


Clara And John - As a Bride and Groom, A Pleasant Surprise !
After a complete survey, during the ceremony planning session with Dr. Linda, this 50 something wedding couple “saw the technological light”. This is why!

Clara and John are a happy age-matured couple, and at the threshold of a second marriage. Their minds were clear with the assertion that this marriage ceremony would be all the previous ones had not been. Their former marriage ceremonies were as dull and lifeless and insignificant as the marriages they left behind. But, this wedding ceremony was going to be a “microcosm” of their definitive commitment to a marriage which would end only with the death of one or both! Although living most of their adult life in the 20th century, they were searching for meaningful wording, ideas and unique participation. This couple chose to use new technology in their nuptial ceremony, on the suggestion of The Clergy Network Wedding Officiants of Southern California. A brain child of Dr. Linda Wainwright Trott, TCN’s newest ceremony think tank is providing captivating ideas for 21st century life celebrations!
The American Wedding Ceremony Not Being Redefined by The 21st Century Bride? Or is it?
How Does The Younger Generation See The Marriage Ceremony?
The American bride might or might not be ready to alter the essential core of the wedding ceremony. In short, trending away from the expected marriage ceremony wording and inclusions to something more this century remains to be seen. After all, what is this century all about, for it is merely a newborn in the sands of human time? 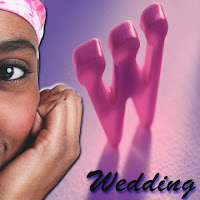 As Wedding Ceremony Writers & Presiders, The Clergy Network Wedding Officiants of Southern California seem some what alone in the new style scripting of the “I Do” celebrations for this generation. This kind of scripting takes acumen, and few possess this. It takes marrying couples wanting to think differently.  Yet, on the technological front, yes, brides and grooms are using new technology to plan or research, but the corporate mind of twenty – somethings is not yet geared to thinking differently about the nuptial ceremony. The perception is that the wedding ceremony is a necessary evil to please family and friends, something that has an unchangeable format, or is the way it is because the “law” says so.

It just takes time for a new culture to define itself – perhaps the couples of this current generation are to close to the 2oth century to recalibrate. Maybe, they just need to know that there are alternatives. Or, we just need to excite them a bit more to expression. And, yet, what is true about the marriage ceremony, as we westerners have know it, is that it has its timeless elements – These things do not essentially change. Nor, should they? Committed Love, lasting marriage, a healthy family life and the pursuit of a true happiness that overflows to the benefit of others, need always be fashionable and trendy and present – These are some of the absolutes that stand alone in each generation! 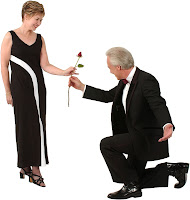 What About Clara and John? How Did Their 21st Century Style Wedding Ceremony Turn Out!
This more 21st century minded couple, sought participation from the represented generations on their wedding day. From the custom written ceremony wording to the partnership of family members during the ceremony, it was simply charming. But, the prerecorded dialogue between the bride and groom, complete with background music, this was a 21st century super star! http://www.legallymarried.com/  was the perfect match for this future reaching couple; perhaps we have started a few new trends, just for this century’s brides and grooms. We will write more about “21st Wedding Trends”, of which we hope to be the “Trend Setters”!
About Dr. Linda - http://www.legallymarried.com/
Dr. Linda is a multi-degreed public speaker, writer,  former professor, software inventor and entrepreneur.  As a professional life celebrations' ceremony writer and presider can be followed at http://www.theclegynetwork.blogspot.com/  - www.twitter.com/legallymarried  - www.twitter.com/lifeofficiants - http://www.celebrationdays.blogspot.com/ - http://www.namechangenews.com/ - http://www.facebook.com/pages/The-Clergy-Network-wwwlegallymarriedcom-Wedding-Officiants/179984010276 -  http://www.facebook.com/pages/The-Name-Change-Kit-For-Brides-Software/318196767160
Posted by Wedding Helpers at 3:02 PM