July 21, 2013- Terry was usually a discriminating Southern California bride, but selected her Wedding Officiant without discerning interest. She decided without research,  "He is available and cheap, great, let's book him!" Her story is especially troublesome, in that it is a true - Terry, made a careless choice, and sadly, joined the ranks of a growing number of wedding ceremony nightmare stories.  After the fact, hearing that The Clergy Network of Southern California offered the only legitimately peer reviewed, experientially and academically refined officiators' group in Southern California, Terry contacted us.  "Help me", Terry said. "What do I do, he ruined my ceremony with bad jokes and didn't even file my marriage license yet! What recourse do I have?"  Terry, didn't know where to report a Wedding Clergy or Wedding Officiator concern in California. And, she didn't like our answer!


"What is Up With The Influx of
Inexperienced & Untrained Wedding
Officiators In Southern California?"

So, you think, don't Wedding Officiators go through a peer review and training process... right? The answer,  "Wrong, not typically now. But, back in the day, yes! Now, it is over to the consumer to educate their own self, and without the old assumption that a Wedding Officiator is a Professional in the same way as any other professional. Locating those officiators still legitimately trained is essential. Back to poor Terry.... There was no one to help her, she had ruined her own wedding day by not doing her research and by making assumptions. But, how much is really Terry's fault, after all just about anyone can become a Wedding Officiator in California! And, the only peer review with the "Faux" Wedding Officiators is their on-line ordination providers billing of the yearly "officiator membership dues!" 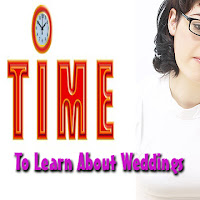 At a recent bridal show, it was again affirmed that many couples not only pick their Wedding Officiants with reluctance, but they do so in complete ignorance! It seems tragic that something so important as the wedding ceremony is treated so casually. After all, the Wedding Clergy or Marriage Officiator has much control during the ceremony presiding. Once the wedding ceremony begins, they can say or do what they want, within their brand of reason. They can espouse their political, religious or other views. They can cut the ceremony short, make it longer, crack distasteful jokes, insult the cherished ideas of others, or any number of unsatisfactory things. Their words and actions will be in the minds of the wedding guests, the marrying couple's families, and the bride and groom for a potential life time! Shouldn't the memories be pleasant, bringing back fond recollections? There is only the one chance to "get it right". So, why so laid back, or trusting or uninformed about Wedding Officiants?

Show Me Your Officiator Related Academic and Peer Reviewed Accomplishments And Then I Will Decide!

At the bridal shows, marrying couples seemed to be more concerned about price than the service being contracted. Or, just the things that "glitter or taste good". Perhaps its the economy or something more permanent - a shifting in the culture, which devalues the role of Wedding Officiator. Let's face it, the traditionally serious nature of the sacred tradition of the marriage ceremony has eroded in the last few decades. - "Let's just get this over with, and then get to the party!" is often the mantra!  But, what about considering the older generations attending or the children? And, in actual fact, what about appealing to self-interest, as what couple really wants their ceremony to offend or to be poorly executed! 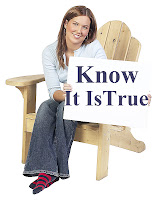 So, shouldn't a bride and groom or a referring event professional say to the officiator "Show me your legitimately earned academic degrees and experiential pedigree before we book or recommend you? Did you become a Wedding Clergy, Officiator or Celebrant the legitimate way? Like when selecting other wedding professionals, should not informed research be incorporated into the decision making process? What about professional references? Will the prospective Wedding Officiant provide a "real" contract with specific services outlined? Will the Wedding Officiator guarantee qualified emergency backup in the event of their illness? Will the contracted Marriage Minister be the one actually presiding on the wedding day? As to their personal appearance, will the Wedding Officiant wear what the couple requests? Will the Marriage Celebrant provide and then stick to the ceremony wording chosen by the marrying couple? Will the presiding officiator file the marriage license in a proper and timely manner? What is the Wedding Officiator's history in any regard? Is the referring event professional receiving a "Kick- Back" from the officiator or advertising in their Wedding Venue publication. There are so many things to know about selecting a Wedding Officiant and Terry did not know them!

With the rise of Wedding Officiant "fakes", it is even more of a problem than before! Concerned only about money or promoting their personal views or stroking their ego, illegitimate Wedding Officiants are duping brides and grooms in the Southern California area. There were three cases alone in the last few years surrounding "On-line Ordained Officiators" disappearing  with couples deposits or not filing over 100 marriages licenses before disappearing. Some might say, "Well the couple gets what they deserve. After all they should have done their research!". Whatever your opinion, it is our mission, here at The Clergy Network of Southern California, as genuine Wedding Officiants, to say a few words about the subject. Our hope is that there will be less "Terrys'" out there, and more couples with great wedding ceremony memories!


What Else Really Happened To Terry The Bride During Her Marriage Ceremony?

The only recourse that Terry might have was through a court of law. After all, as poorly a job the officiator did, he still showed up! She had no contract stating expectations. The officiator offered no assurance of the ceremony wording content. His poor taste in jokes were never agreed to or not. His lack of contact with the couple, loosely securing his service via telephone and e-mail, led to his unfamiliarity with the couple's first and last names. As wrong as the officiator was about his behaviour during the wedding ceremony, Terry was still legally married! Terry opted for the officiator's "legal right to bind the marriage", and nothing more. Terry got that for which she paid, and, as a result, did she pay!

So, what else did the marriage officiator do to ruin Terry's wedding day? Well a number of things! Apart from the bad jokes, poor delivery of the text, getting the couple's respective first names wrong, etc, another of the most troubling was Terry's having to publicly correct this Southern California Wedding Officiator numerous times during the ceremony! From the beginning, when the Wedding Officiant asked, "Who gives this woman to be married to this man?", Terry had to give commentary. Her shouted response to the Wedding Officiant's goofs, "Mom, I didn't tell him to say that!" It got worse from there. Choose your Wedding Officiant wisely!

Who Is The Clergy Network Wedding Officiants of Southern California?

How Do I Find a Legitimate Southern California Wedding Officiant To Officiate My Wedding Ceremony?

Posted by Wedding Helpers at 3:38 PM